Kushner Companies has released a new rendering on their website of an apartment project they plan at 2000 Biscayne in Edgewater, and says they are seeking to develop even more projects in the area.

The rendering appears to be slightly different than others that were released for the same site by the developer.

All three towers will have luxury rentals with top of the line amenities, and will set a new standard for Miami’s residential market, according to Kushner’s website.

City records show that the permitting process for the first tower is actively underway as of this month.

The permit states that the first tower will have 393 apartment units in a 36-story tower, along with 455 parking spaces.

Kushner has been expanding in the Miami area. It was once run by President Trump’s son-in-law Jared Kushner, and continues to be controlled by his family.

Jared and his brother Joshua recently purchased homes in the area.

Kushner is also planning projects in Wynwood and Fort Lauderdale. The company continues to actively seek additional acquisitions and development opportunities in the Miami area, their website states.

Dorsky + Yue is the architect for the first 2000 Biscayne tower. 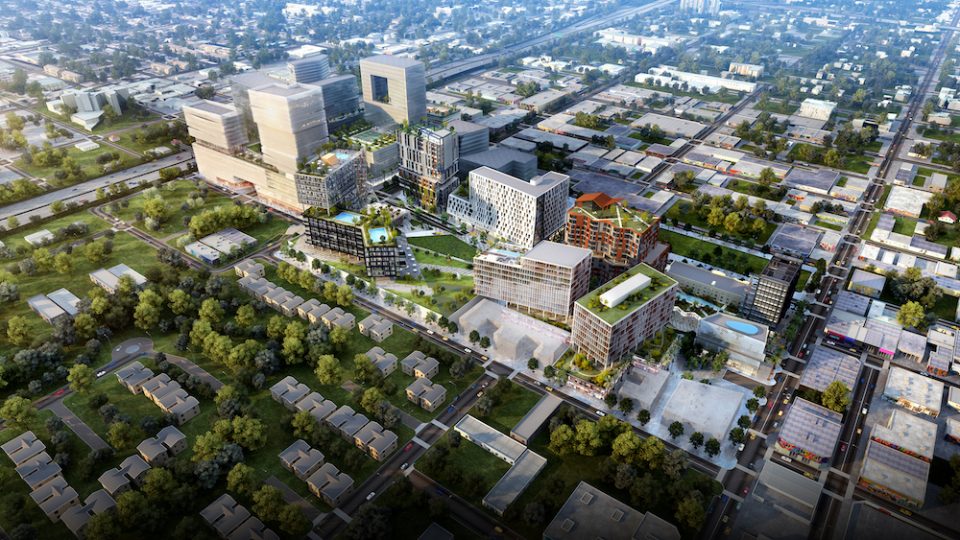